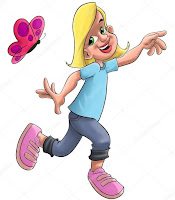 So, you want to become a runner?
Well, if you are anything like me, you would answer "It is something I have dreamed about, but me, run, NEVER!"
Today, people find it hard to believe that I never used to run.  They are astounded that I evolved from walking 2 minutes and running 1 minute, to running marathons.  To tell you the truth, so am I!  Never in my wildest dreams did I ever think it would be possible!  Four years ago I would have called you crazy for even just thinking I could run 5k's!

So how did I do it?  This is a question I am often asked.  First of all, I am NO expert.  Any advice or information I share I only share from personal experience and nothing more.  However, this morning at our local I was once again asked how did I do it, thus I decided to share some thoughts on running, here on my blog.

My journey started three years ago when my daughter announced that she would love to do one of the world's most beautiful half marathons, the Two Ocean's in Cape Town.  However, she did not want to do it alone, and as we know mothers never want to disappoint our children, so I said that I will do it with her... as soon as I said it, the shock set in.  The first thing I did the following Monday was to visit our doctor.  So MOST importantly - go see your doctor, tell him about your plan and let him do a full health assessment.  I was declared healthy if not fit. (I think I was secretly hoping he would declare me insane!)

Walking out there I was at a loss of how to proceed further.  Any previous attempt at running I had made started with me running at full speed out of our yard and collapsing near death three blocks down the road, thus ending with me declaring that running was not for me!  Now, I realized that I needed a plan.  At the beginning of the year my sister-in-law had sent me a walk/run program.  I went home looking for it and started following it.

So, after getting yourself checked out by a physician, the second thing to do, is to find a good program suited to your needs.  I am a firm believer in the walk/run program for novices like myself.  It slowly but steadily introduces a person to running, keeping injuries and despair at bay.  Jeff Galloway is the father of this program and I share the link to his website below.  Please check it out.

The very next day, April 2014, I started the program.  I still remember that it was quite a hot day and I felt as if the 1 minute running was never going to end.  Half an out later I was back home, having done 20 minutes of walking and 10 minutes of running.  My journey had started.

The third most important piece of advice I have to give you is this:  DO NOT put it off.  Get out there now, and DO IT!  I forced myself to stick to the program by setting a reminder on my phone for every time I have to go train, and no matter what I was busy with at the time, I would stop doing it and go run.

As my daughter and I are living more than a 100km apart, we were not able to run together, but as soon as either of us went for our run we would let the other one know.  It helped to keep us motivated and focused on our mutual goal.  So, my fourth piece of advice: get yourself a running buddy or supporter.  Share your goal with them and enlist their help to motivate you.  Joining a running club is a good idea. Running with like-minded people is inspiring.  Often helpful advice is shared among the members.  Running in a group helps those kilo's to pass by in the blink of an eye. No, you do not have to be a strong runner before you join a club.  Running clubs are always happy to help novices in the sport.

That is it for today.  I hope this has helped and inspired you to take up the sport of running.  Watch this blog for some more thoughts on running next week.  I leave you with this thought: 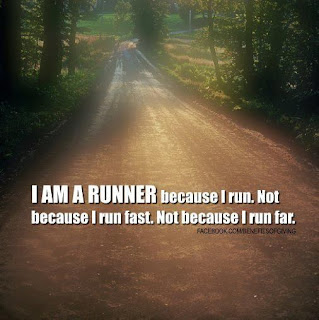 The artworks which can be found in the pages section are also the property of the blog owner except for the contributions of followers or visitors to my blog, but the copyright of these contributors must also be honoured.

Your co-operation and continued support of this blog is appreciated.

Read my poetry at allpoetry. 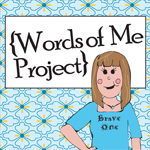